Let's look at the differences between analog and digital signals and how we can convert them.

What's the Difference Between Digital and Analog Signals?

Digital signals are binary and only support two states: on (1) and off (0). The on-state is equivalent to the maximum voltage level of the device, so it's 5V for a Raspberry Pi. The off-state is 0V. This is different from analog signals, where voltage differences can provide an infinite range of signal values. The Raspberry Pi only knows how to respond to the on and off states, but not the "in-between" states represented by analog signals.

To get analog devices to work with the Raspberry Pi's digital GPIO pins, you need to convert the analog signals using an analog to digital converter.

What is an Analog to Digital (ADC) Converter?

How to Convert Analog to Digital Signals with a Raspberry Pi, an Analog Sensor, and an ADC

The following diagram shows the connections needed between an analog sensor, such as a temperature sensor, an MCP3008 analog to digital converter, and a Raspberry Pi 3B. 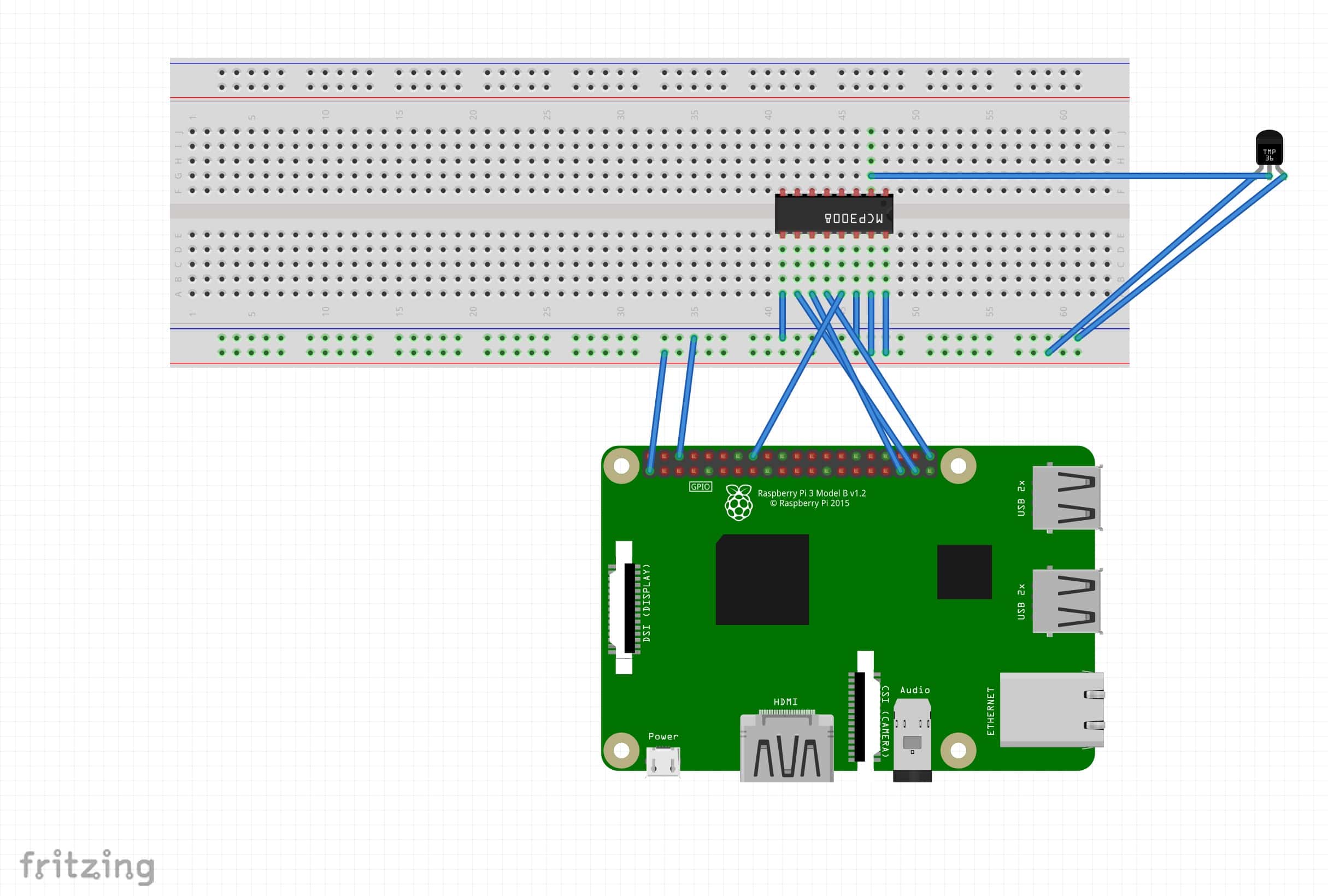 Here are the pin connections that are needed. You can also view a more detailed diagram on Flux.ai.

Connecting the Raspberry Pi to the MCP3008 (ADC)

Here are the pin connections needed to connect the MCP3008 to power, ground, and the Raspberry Pi's SPI pins:

Here are the pin connections needed to connect the temperature sensor to power, ground, and the MCP3008. It uses one of the 8 channels on the MCP3008 to communicate; this leaves 7 channels open for additional analog sensors.

After making the connections above, you'll be able to access the sensor data on the Raspberry Pi using your programming language of choice.

I've used the following analog to digital converters in my Raspberry Pi projects. Both work well, but the ADS1115 is more precise. Disclosure: I get commissions for purchases made through links in this post.